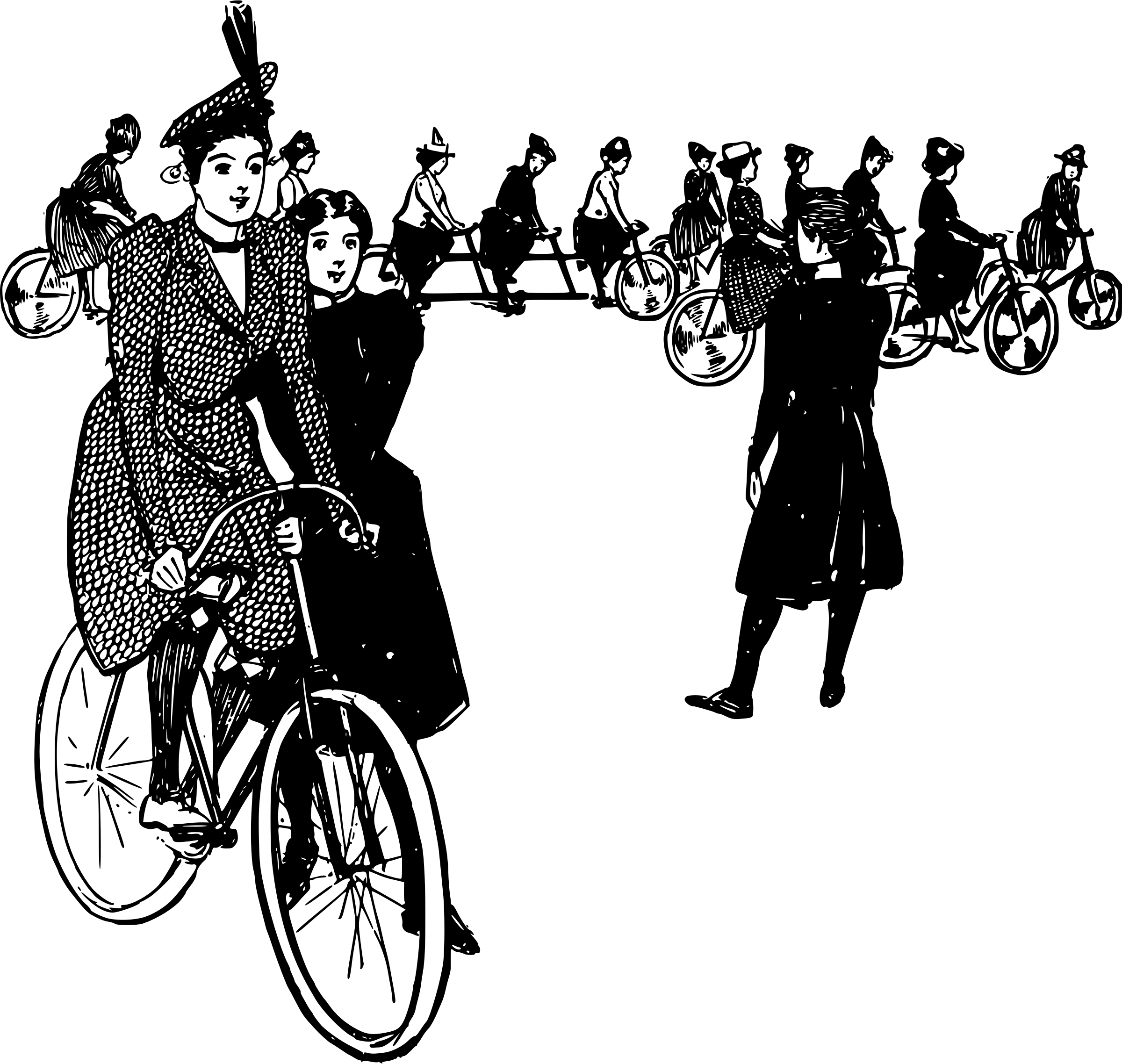 Robots to be deployed in real scenarios and interacting with humans must be able to adapt their behaviour to reflect new requirements, and also to adapt to changes in the character and quality of interaction between robot, users, and environment. This is particularly important for applications in eldercare, where the humans may be fragile, and often have a limited ability to adapt themselves to rapidly changing situations. In WP4, we will investigate how such adaption mechanisms can be implemented. We will also study how Interaction Quality, in the form of ease to use and performance, change with and without adaption in several scenarios. ESR7 will target social telepresence robots used by older adults to communicate with relatives and caregivers, and investigate how the level of autonomy can be made adaptive. ESR8 will study how a robot may learn new tasks through user interaction and how the user and robot may inform each other about the reduced quality of interaction and suggest adequate actions. For instance, the robot may alert the user about the inability to detect the user’s hand in an assistive dressing scenario, or an unexpected user behaviour such as the user stepping away from the robot. ESR9 will investigate how personalisation of such robots can be done manually, and also automatically, to adapt to changes in Interaction Quality, e.g. in the form of changed level of user engagement or ability to focus. The work in WP4 is relevant for robots supporting ADL, and also for robots used as social companions or for cognitive exercising.

T4.1 To study how non-verbal cues can be used to include sliding autonomy in telepresence systems (ESR7)
T4.2 Development of interaction framework that adapts to varying Interaction Quality (ESR8)
T4.3 To develop solutions for personalisation of robots (ESR9)

The targeted application for ESR7 is mobile robotic telepresence systems used as a communication aid by older adults, with a remote user steering the robot in its environment using visual feedback from a camera mounted on the robot. For unfamiliar drivers, this leads to a heavy workload and therefore reduced focus on social interaction such as facing the local user when speaking. One way to reduce the workload is to introduce autonomy for certain operations in order to assist the remote user in navigating the robot. Sliding autonomy is a technique of adapting the level of autonomy depending on current user needs, environment or other external interventions[1].

ESR7 will study how sliding autonomy can be implemented in social robotic telepresence by integrating two complementary issues of non-verbal cues and social norms. First we need to investigate how non-verbal cues can be used to automatically adjust autonomy. Such cues could emerge in the driving behaviour of the robot, and also in the interaction between the robot and the local user and/or environment. The second issue is how to modify the behaviour of the robot, when in autonomous mode, to take social norms into account. Human interactions are often regulated by such norms and conventions, e.g., regarding when the interaction can be started and the reciprocal distance and posture during an interaction. ESR7 will, based on previous experience at ORU on human-aware[2] and social-aware planning[3], study how inclusion of social norms in the robot’s behaviour is related to the cognitive workload for operating the robot, and the associated Interaction Quality. Measures extracted from driving the robot, as well as measures of the social interaction will form the basis of the algorithmic development to determine when autonomy should be adjusted[4]. Working in the context of older adults, we will leverage from the testbed where a telepresence robot is installed (see ESR13).

ESR7 will, during a secondment to ESR10@BGU, work on interface design for teleoperated robots in this context. During an industrial secondment to FHG, various technical solutions to support sliding autonomy will be investigated to find solutions that are price-point efficient and do not jeopardize the business model of the unit  (this is a tentative plan that may be adjusted to best fit actual research).

ESR8 will develop an adaptive interaction framework that detects and acts upon varying Interaction Quality caused by varying user abilities (either a new user or the same user with varying levels of attention or physical/cognitive fatigue). Methods to adapt robot behaviours to reflect changed user abilities, through multimodal interaction and online learning will be developed. The adaption will be facilitated through bidirectional communication using several interaction modalities, namely gestures, speech and haptics, incorporating advancements by ESR1-6. The targeted application for ESR8 is robots used for physical assistance in ADL, such as dressing.

ESR8 will develop a novel framework that combines these modalities, based on existing interaction frameworks[5],[6] extended by our earlier work on multimodal interfaces[7] and gesture recognition[8],[9]. The developed framework will allow both user and robot to be informed about varying Interaction Quality related to visibility and reachability, and suggest adequate actions. Further, multi-modal communication will enable robot adaption to specific user’s needs. The user will be able to intervene and customise the robot by modifying any of its pre-learned skills or how a combination of these skills constitutes certain behaviours, i.e. the robot will be able to learn to compose the skills into new behaviours through multi-modal interaction with the user. The robot will also be able to learn to compose the skills into new tasks through multi-modal interaction. Robot learning techniques based on human-robot scaffolding[10] and reinforcement learning[11] will be developed. A secondment to ESR10@BGU will add collaborative work on interface design for learning robots[12]. During a secondment to ESR6@UMU, speech input will be integrated into the multi-modal interaction framework via the dialog manager (this is a tentative plan that may be adjusted to best fit actual research). The work will begin with data acquisition to establish user requirements, supervised by the research team of FUN. The results will be implemented on the TIAGo robot during an industrial secondment to PAL-R. User testing will be performed with groups of older adults at FUN under guidance and supervision of their research team and ethics committee.

ESR9 will investigate how personalisation can be done manually and automatically, and also develop mechanisms that adapt parameters depending on observed changes in the Interaction Quality, e.g. in the form or level of user engagement (e.g. the older adult get used to the robot, or the cognitive or physical capacity of the older adult is reduced). There is little work exploring the benefits of the personalization of assistive robots to individual needs, and results have been generally limited to measures of user satisfaction and engagement. It has been shown that people behave more socially when robots personalize their behaviour based on the interaction history[13], and also that improvements in cognitive training are obtained when using robots[14]. Personalisation will involve adaption of parameters such as the competition/collaboration behaviour, desired level of initiative of the robot, and preferred mode of interaction (e.g., voice, visual, or robot manipulations).

We will extend our previously developed V-MIN algorithm[15], which learns discrete parameters, to also handle continuous and cross-correlated parameters. We will also develop algorithms that learn models of task and user. A planning algorithm will use the learned models to decide, at each moment, the next action to perform by the robot. Including a human in the learning loop will boost the learning process[16]. Emotion recognition will be used to further improve the models during a secondment to ESR2@HAM. During a secondment to ESR11@FHG, connections between hardware design personalisation will be investigated. During an industrial secondment to ABB, the work will be implemented and evaluated on the YuMi robot. Additional visits to FUN will provide good opportunities for end-user testing and commercialisation  (this is a tentative plan that may be adjusted to best fit actual research).

[11] A. Colomé, A. Planells and C. Torras. A friction-model-based framework for reinforcement learning of robotic tasks in non-rigid environments, 2015 IEEE International Conference on Robotics and Automation, 2015, Seattle, pp. 5649-5654.