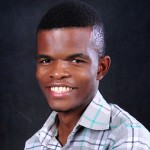 A model was proposed to integrate LOA with levels of transparency (LOT) to keep older adult users active and engaged with the robot while being informed on the behaviour of the robot at any given time. Experimental testbeds utilized to empirically evaluate the research design through user studies include: a human following task with a mobile robot, table setting task with a robotic arm and a hazard perception task with a telepresence robot.

Results from experiments in the human following and table setting tasks revealed that older adults tend to be more interactive when the LOA is low compared to situations with high LOA. It is recommended that lower LOA should be combined with higher LOT, to keep older adults adequately informed. It is also recommended to maintain the LOT at a low level if a high LOA is utilized, to reduce information overload on the older adults. Results of the evaluation of the influence of the automation and transparency levels on the quality of user-robot interaction with the telepresence robot will also be presented as the outcome emerges.